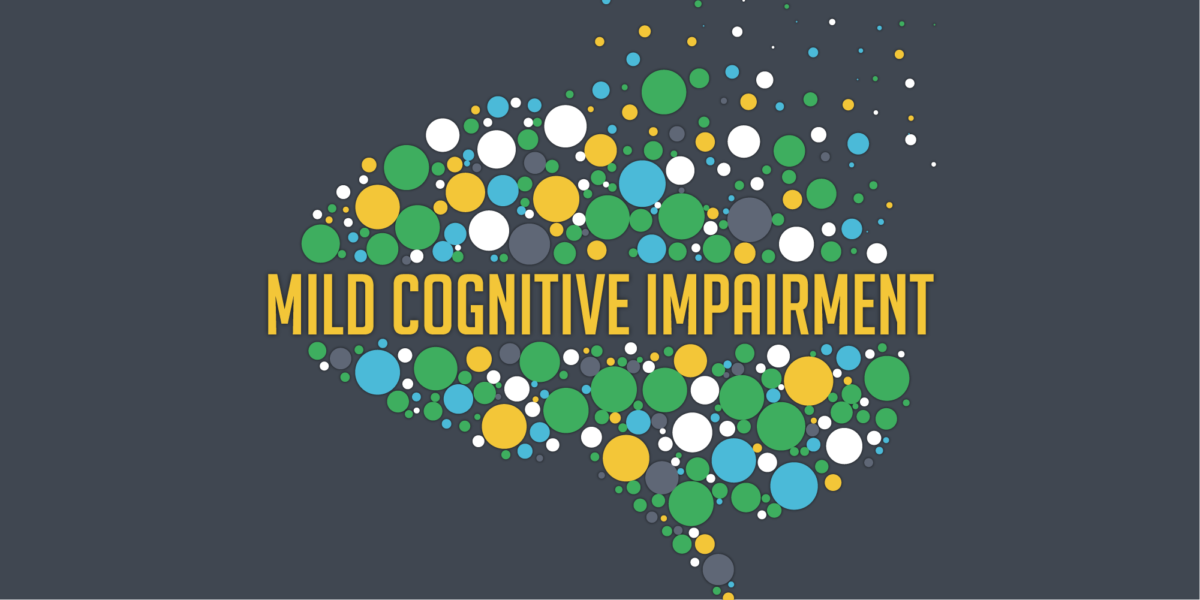 Mild cognitive impairment (MCI) is a disorder involving problems with memory and other mental functions that are greater than normal age-related changes but not as significant as the decline seen with a dementia.

Symptoms are noticeable, and, in many cases, similar to those of a dementia-related illness.

What are some of the common signs of MCI?
• forgetting things more often
• frequently losing train of thought in a conversation
• difficulty remembering scheduled appointments and/or events
• challenges with navigating familiar locations or environments
• increased difficulty or anxiety with making decisions, planning or following instructions

What’s the difference between mild cognitive impairment and dementia?

Unlike dementia, mild cognitive impairment does not interfere with the person’s daily life. Someone living with MCI will still be able to take part in many day-to-day activities. While dementia-related illnesses like Alzheimer’s are progressive brain disorders, meaning that symptoms worsen over time as the brain deteriorates, mild cognitive impairment symptoms can remain the same or even improve.

Some problems commonly associated with MCI may be caused by certain medications, cerebrovascular disease (which impacts blood vessels that supply the brain), and other factors—and may even be reversible. That’s why it’s crucial to be aware of the differences.

Individuals with mild cognitive impairment are at a greater risk of developing a dementia-related illness, but it’s important to note that not everyone who has MCI will develop dementia.

Lifestyle changes and choices commonly suggested to reduce the risk of developing a dementia-related illness, or help slow the progression of the disease, can also help lessen the chances of developing mild cognitive impairment. These include a good diet, proper sleep, regular mental and physical exercise, and social interaction.

MCI is not a normal part of aging, and it does impact one’s ability to think. Consult your doctor if you notice changes in thinking and memory to determine a plan for care.