A recently published American study by Cacioppo and colleagues (2013) analysed responses from nearly 20,000 people who married between 2005 and 2012. They found that more than one-third of marriages in America now begin on-line. 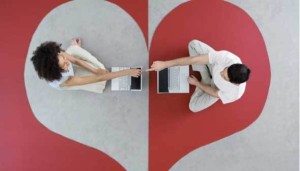 As for the satisfaction – In comparison with more traditional off-line meeting, the on-line couples expressed greater marital satisfaction and were slightly less likely to separate or divorce.

They conclude that online dating is becoming increasingly responsible for the shifts in institution of marriage. How much of this is for good – only time will decide.